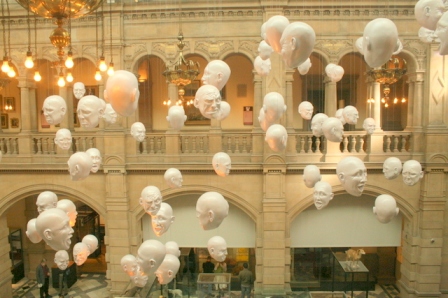 As you will remember the Caledonian Academy conducted some research during the recent Change11 MOOC run by George Siemens, Stephen Downes and Dave Cormier.  The study generated a lot of data, which has been sitting on my desk for some months now. The hypothesis for the study was that we would observe different learning behaviours and different approaches to learning in MOOCs among those with different SRL profiles.

What did we do?

SRL Profiles: The first component of the study was to ask participants to complete an SRL profile instrument* we had developed for the study. The instrument was adapted from a number of pre-existing SRL self-report  instruments (full details, and a copy of the instrument are here), most notably the Motivated Strategies for Learning Questionnaire (Pintrich et al 1991) and a more recent Self directed Learning Orientation scale developed by Raemdonck (Gijbels et al , 2010). Within the instrument there are a number of sub-scales measuring specific SRL components (task analysis, goal setting, self-reflection etc. from the list of sub-processes described in Zimmermann, 2005). 35 respondents completed an SRL profile.

Interview: Everyone who completed an SRL profile was invited to participate in a semi-structured interview. The interview explored a number of factors, including motivation, previous experience of MOOCs, goal-setting, knowledge sharing, and participation patterns.  We conducted 29 interviews generating 26 hrs of interviews.

Emerging themes from the study

I plan to go into detail about many of the findings of the study through a series of posts,  but thought an initial post outlining some of the key things we turned up would be of interest. We identified a number of themes from the interviews, and I shall discuss four briefly here:

What these results tell us about moocs

For me, the recurring theme from this research was that massive courses do need management (of learners, and their expectations), or at least a recognition of the diversity of learner backgrounds, preferences, expectations and motivations that come together in a MOOC, that is then reflected in the design of the learning space which is constructed. I suppose the prevalent (c) MOOC philosophy is that learners should be left to their own devices and they will find their place in the emerging learning networks(anywhere on the spectrum from lurking to leading). We certainly saw interesting evidence of self-organisation, especially among those who engaged with the course through the facebook group, and the twitter chats. But our findings indicate that some users either didn’t find these emerging networks (or at least didn’t identify a network that suited them), or didn’t recognise the central role that these networks play in leveraging the value of the course. While I don’t advocate creating rigid structures, I do think there are some simple things that could be done to make sure MOOCs such as Change11 are accessible by the full range of prospective participants.

Reflections on this study

I am still analysing the data from this study and we hope to publish the significant findings.  The specific nature of the Change 11 mooc (attracting many participants who wanted to ‘experience a mooc delivered by Downes, Siemens and Cormier’) complicates the analysis we can make about SRL behaviours as the different overall goals people held (primarily interested in ‘content’ or ‘process’) influenced their learning behaviour to such a great extent. Stay tuned for further blog posts after the holiday.

Pintrich, P. R., Smith, D. A. F., Garcia, T., & McKeachie, W. J. (1991). A manual for the use of the Motivated Strategies for Learning Questionnaire (MSLQ). Ann Arbor: University of Michigan, National Center for Research to Improve Postsecondary Teaching and Learning.

*While we didn’t validate this instrument, we are reasonably confident of its validity as it is based so closely on existing validated instruments and was adequate for our purposes (in a related ongoing project, we are actually going to validate an SRL instrument with around 400 people).

Learning researcher based at Glasgow Caledonian University, and living in beautiful West Stirlingshire. View all posts by Colin Milligan

I'm a learning researcher at Glasgow Caledonian University, in Scotland. When not in work, I live in West Stirlingshire.